This article is inspired by Chris Crum’s article at WebProNews about Google’s lack of PageRank updates this year. For those of you out there (myself included) that really pay attention to the PR of a page or domain, it is a pretty big deal that there hasn’t been an update since February 2013. 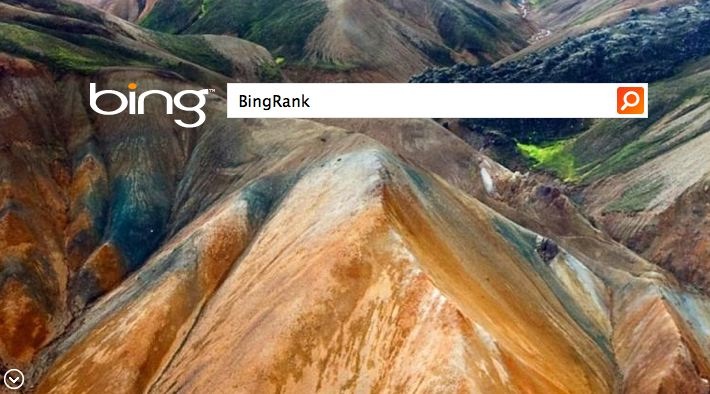 It seems like Google may have sent PageRank the way of Google Reader. Gone. No mas.

Some people speculate that Google employees are too busy with other updates such as Penguin and Panda—protecting us from spam. Maybe they are too busy evaluating 5,000 reconsideration requests every week and they don’t have time to update the PageRank system. Who knows?

But what does this mean for those of us that still hold on to and care about PageRank?

I pay attention to PageRank as ONE signal for getting backlinks from a domain. And I am personally not a domain buyer and I don’t sell ad space on websites. But I have read that a deceased PageRank system would be bad for these people. I feel the opposite. A dead Google PageRank system could be a goldmine for domain buyers and ad sellers.

Think about it. If Google PageRank updates are dead and the PR toolbar never changes, you could go out and buy expired PR4, PR5, and PR6 domains and never have to worry about the PR of that domain fading to a 1 or 0. If Google stops updating the PR toolbar all-together, you could buy a PR5 domain, lose every high quality link pointing to that domain, and still maintain a PR5 domain while fooling advertisers into thinking you are running a high quality website.

You could turn your PR5 domain into a paid link farm, selling links left and right to people desperate to have a PR5 dofollow backlink, regardless of whether your PR5 site actually shows up in Google’s results. Of course, there are PR5+ domains that expire that you can buy, which would bring in more cash. 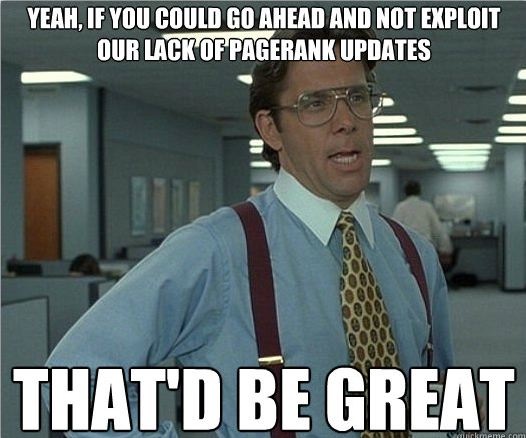 Your link farm website could even be deindexed by Google and you could still sell links from a high PR domain, simply because Google hasn’t updated their PageRank system.

Maybe I’m crazy in thinking like this. But it’s entirely possible to take advantage of Google’s lack of updates to make money. The only way this method would backfire is if PageRank toolbars disappeared and stopped existing, but I don’t see that happening anytime soon.

What Should We Do without Google PageRank Updates?

I propose to Bing, develop a system and toolbar that ranks the trust of domains, very similar to Google’s PageRank. Obviously, it can’t be the exact same ranking system. But if Google’s very popular PR system is being Old Yellered, it’s time for someone to step up and take its place. Bing, now is your chance to become a leader in search.

People are getting more and more frustrated with Google. They are tired of having paid ads shoved down their throats while Google rips content from Wikipedia and displays it in their own search results (search any actor’s name, Google steals info and pictures from other websites and displays it as their own content in the right sidebar so people don’t click through to another website).

Since Google seems to have axed PageRank updates, SEOs and other webmasters will want to turn to a new system that provides a trust value to domains and websites. (Hey Bing, are you listening? Probably not, I have a PR0 domain!)

Let me know what you think in the comments below about BingRank and Google PageRank. Also, see my guest post service.

1 thought on “Are You Ready for BingRank?”